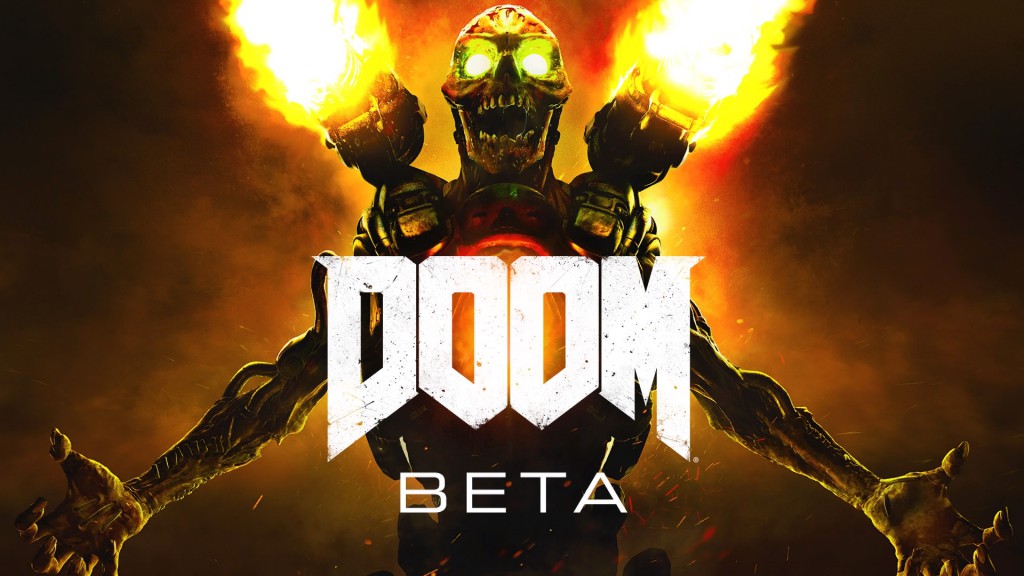 It’s Quake. It’s not Doom. Can we just get that out of the way? The story mode may be Doom, and the property may be Doom because they killed off Quake, but for all intents and purposes this beta is an updated Quake 3 Arena. I have also heard a lot of the Internet saying it plays very much like a Call of Duty clone, but I don’t agree with that. I guess that’s a sign of my age, and I’m not supposed to be able to put that together, but Quake is clearly what’s going on here.

Having said that, Quake 3 Arena was a great game, and this new Doom version of it too has that same feeling to it. So much so that it feels like I’m playing a game from a decade ago.

The beta itself has a couple of PvP game modes, which are essentially a team death match and capturing a point. There’s not much more to it, and there doesn’t need to be. This game type has always been about getting together with friends and blowing them up. It doesn’t need the same back-story of a Halo or Destiny. 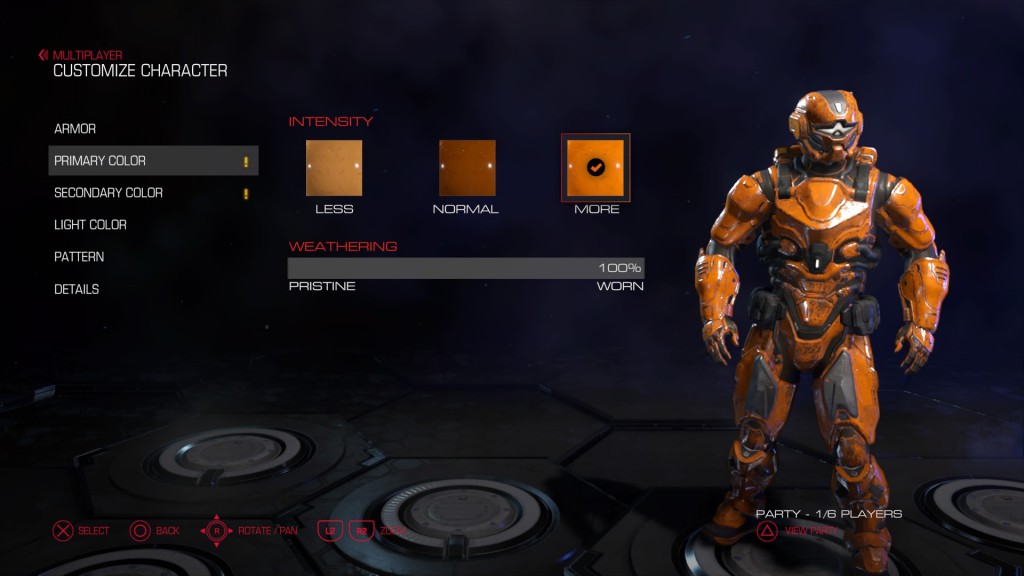 You also have some options to make your space marine your very own. You can change his outfit to a limited number of other generic space marine outfits. You can also customize your colour scheme, with the same generic colours as every other space marine. And if you want a very special and unique snowflake of a murdering space jockey you can add levels of grime and scratches to your totally not generic space monkey. 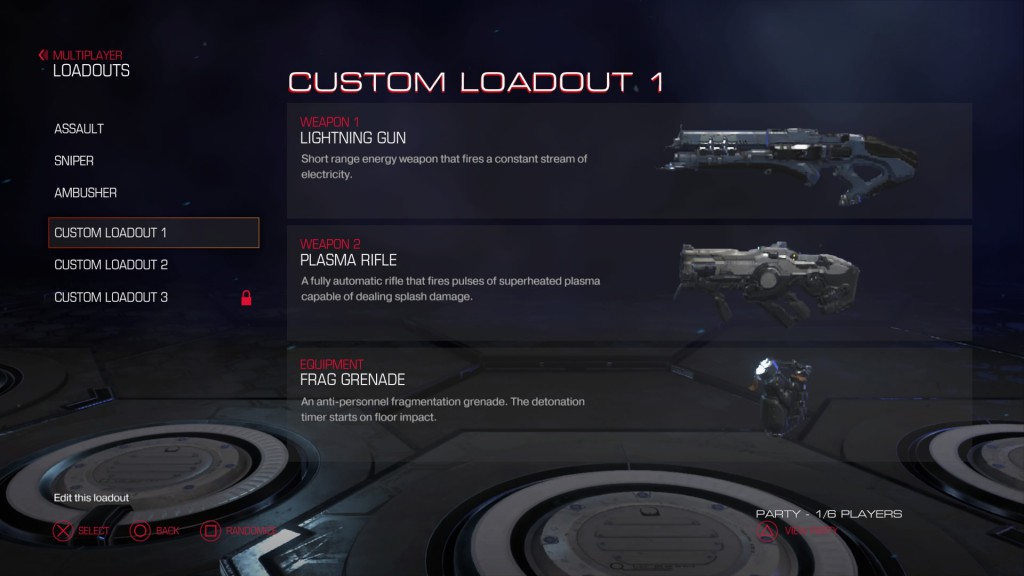 The gun load outs are similar to the outfit choices. There’s the launcher (from Quake 3), the rifle and the shotgun that everyone will use because they are quick and deadly. And a few other fancy weapons like the lightning gun, which no one will use because it’s silly and you have to follow your opponent hitting them constantly with it to get a kill. 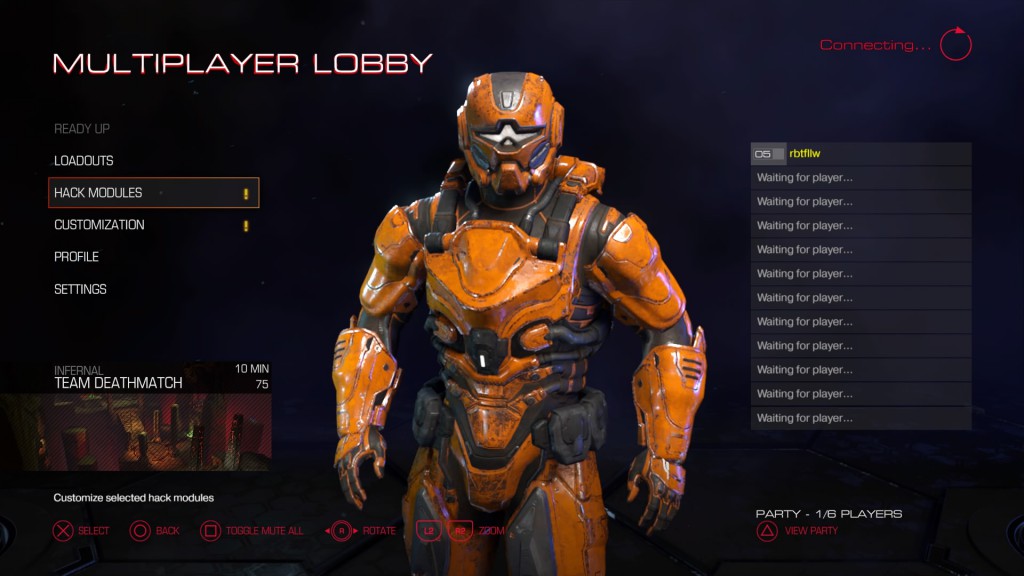 Then there are the Hack Modules. These are items you win randomly at the end of a match. You can hold a certain number of them, and when you die you can activate them for a temporary advantage. So you could die and come back with bonus armor, or be able to see the person who killed you on the map and get revenge. Most of them are borderline useless because you’ll die before you get the benefit of using them, it’s the advice of this writer that you stick with the ones that get you more XP, because that will unlock things for you faster. 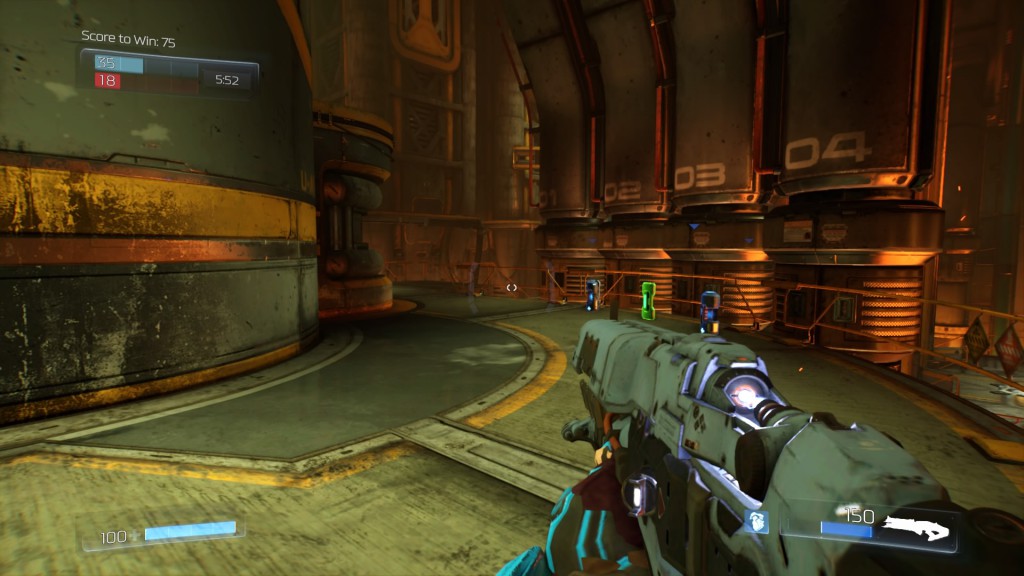 The game looks good. Not great, just good. It plays very fast, which is likely why they didn’t go for the mind blowing, server crashing graphics of other games in the same genre. It doesn’t look like a next gen game though, not even close considering it’s coming out 2 years into the reason of PS4 and Xbox One.

It plays a little sluggish as well. The turn speed – both vertical and horizontal – can be adjusted in the menu, but even so it never feels like your character is moving and turning at the pace you want. If you’re used to playing Halo or Destiny you’re going to feel a little slowed down for sure. There is a speed boost item you can find in the level, but maybe that should be replaced with a short term sprint that each character has natively. 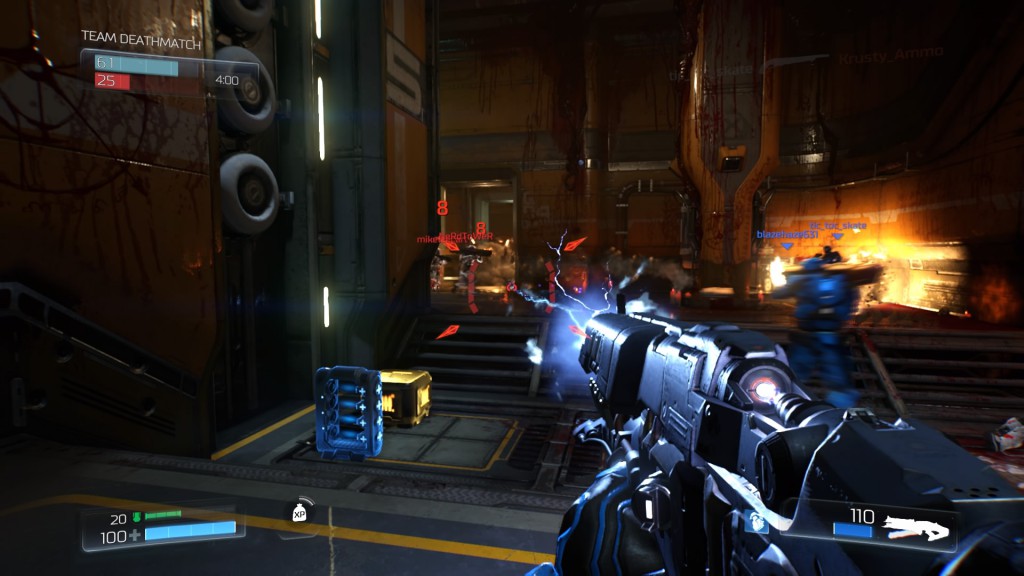 The damage system also leaves a little to be desired. Your health starts at 100%, armor [without a modifier] starts at 0. Every weapon deals damage based on distance and impact. What I don’t understand is how I can stand next to someone and hit them point black with 4 rockets and they don’t die?! How is that a thing? And it’s always the case. There is also way too much health and armor everywhere, which re-spawns far too quickly. You may as well just hold the fire and move buttons down and not look at the screen, you’ll be just as effective as everyone else.

The Daemon Runes are the game changer, literally. If you get one, you change into a monster for a minute (or until you die). In the beta it’s the skeleton fellow from the poster of the game known as The Revenant. Every hit from him is a 1 hit kill, and he can fly. His health is also 300HP. Pretty much the team with him the most is going to win. And that has been the case every time I play, no matter if it’s a team death match or the capture point round. Maybe they will either nerf his power or increase the weapon damage, but something has to change before launch. 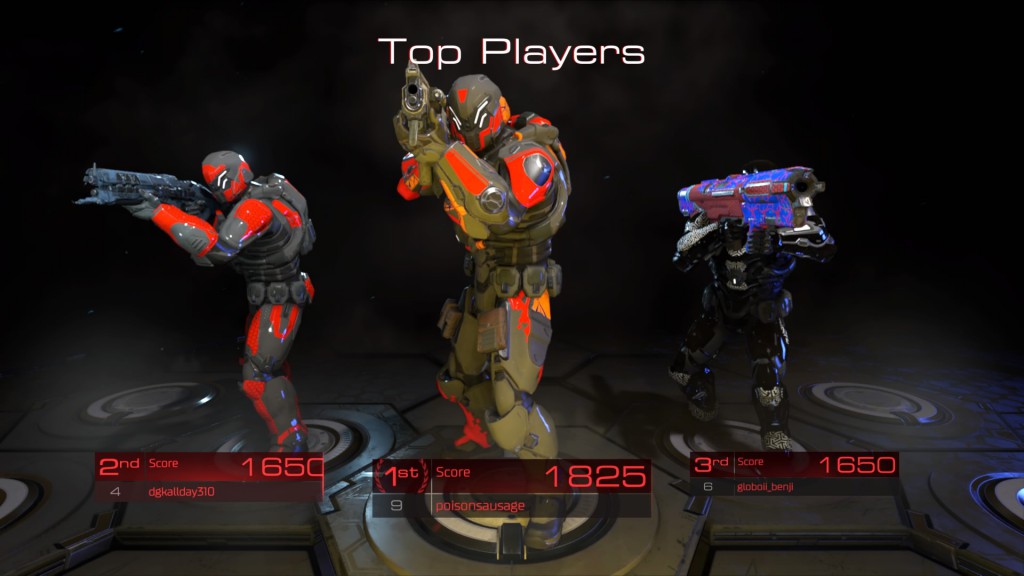 Having said all that, the game is still fun to play. The biggest issue I have with it is on day 2 of the open beta I’m struggling to find people playing the game. Last night at it’s midnight launch I could start a match almost instantly. Now I find myself waiting sometimes over 10 minutes for it to find the minimum player count to start the game. Not a good sign on only day two of the beta release.

For a free beta I say download it and play, but for an $80 game with some undefined season pass already available for purchase I think this game is a pass. I don’t think the novelty of the Doom franchise is enough to get anyone to buy this game, and that seems to be what Bethesda and ID are banking on.